JFS and Community Partners, Including Members of the Nipmuc Nation, Join Together to Recognize Indigenous Peoples Day

On Monday, October 11, over 100 people, including members of the Nipmuc Nation, gathered to recognize Indigenous Peoples Day, stand up to hate, and spread love. The ceremony was supported by and a collaboration of the Greater Framingham Community Church, JFS of Metrowest, Jewish Teen Initiative at CJP, Nipmuc Nation, Framingham Public Schools, and Temple Shir Tikva. 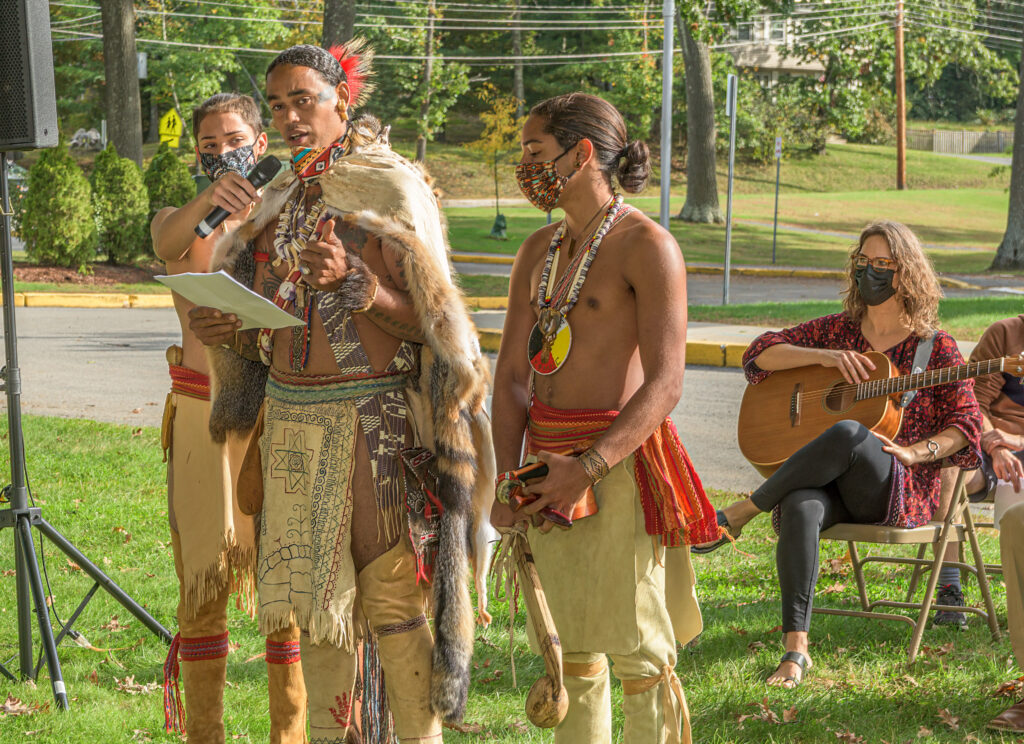 Cultural Steward of the Nipmuc Nation Andre StrongBearHeart Gaines began his remarks with a land acknowledgment to “recognize the enduring relationship that exists between Indigenous Peoples and their land.” Gaines added, “This land we all benefit from is the homeland of my people, the Nipmuc people — the people of the freshwater… We’ve been stewards of this land for thousands of years… settler culture now benefits from the confiscation of native lands and colonial expansion, underscored by a Eurocentric narrative that has attempted to obliterate an entire people.”

The 75-minute ceremony also included remarks and performances from leaders and students of multiple faiths, school systems, and nonprofit organizations.

Presenters (in order of appearance):

The ceremony concluded with attendees participating in a traditional stomp dance, which Gaines explained represents stomping out hate. 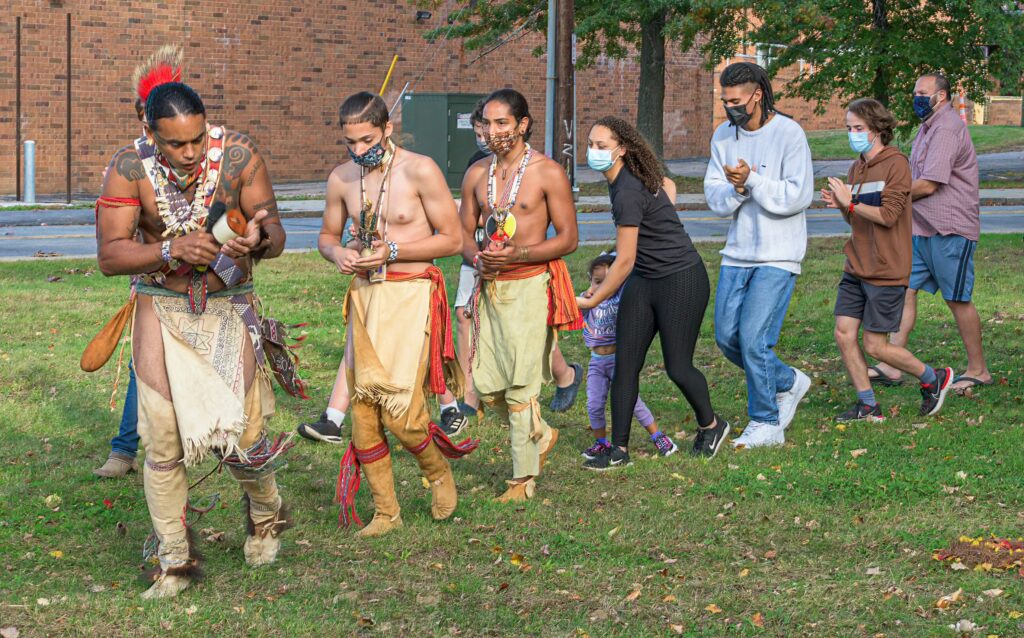 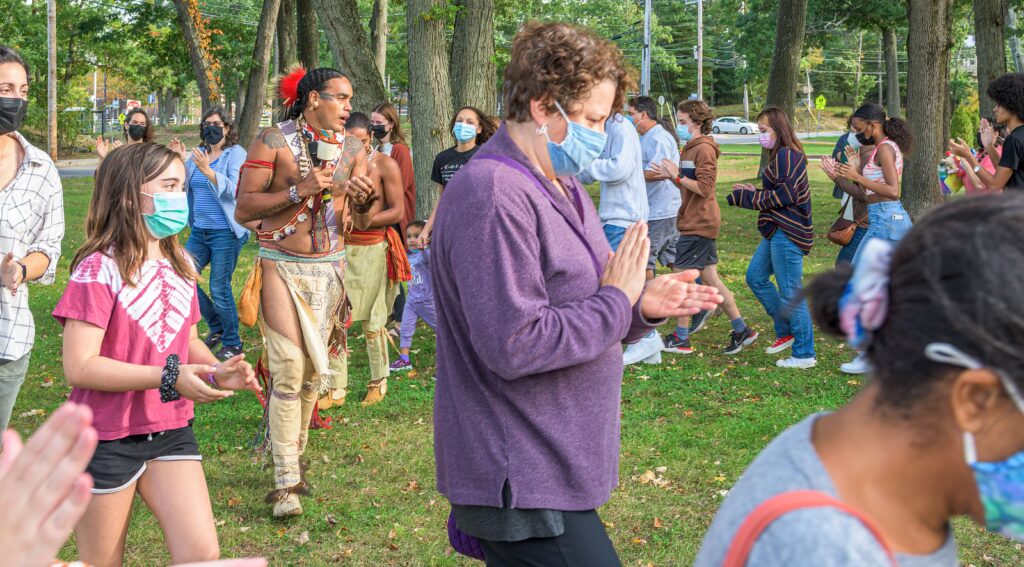 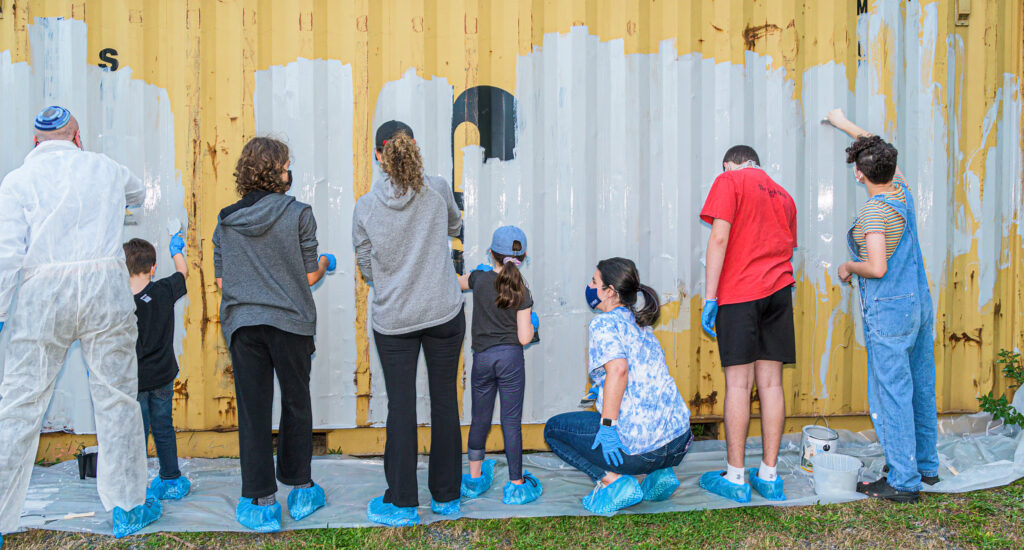 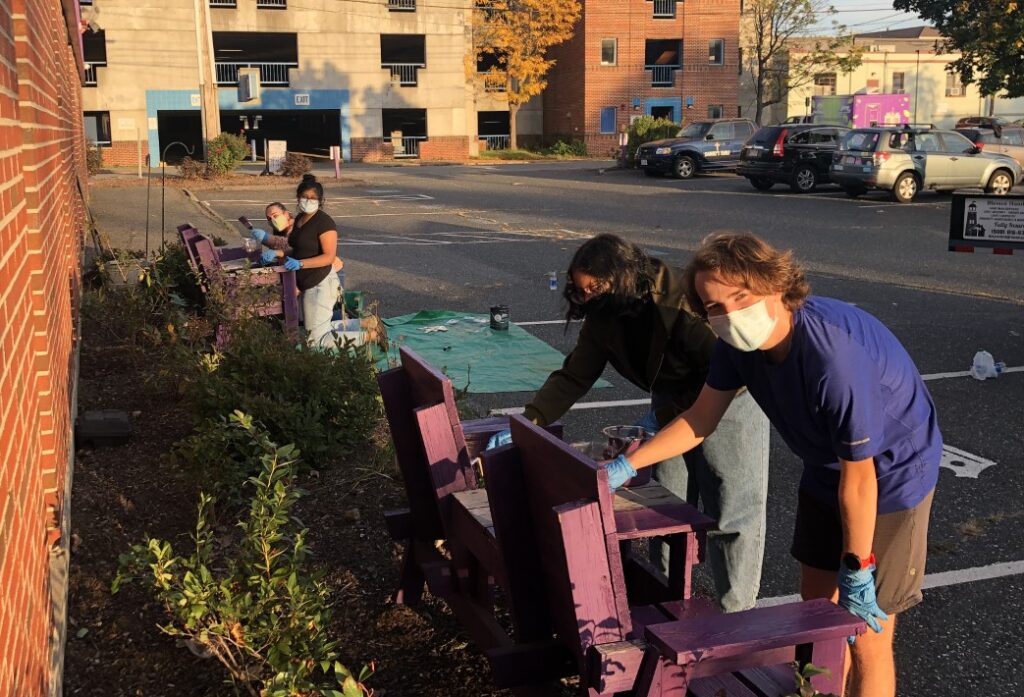 Watch Access Framingham‘s video recap of the event and ceremony at the link below!