Bob Fields and the team at CommCreative

We are proud to honor these extraordinary individuals who stand up for children, families and older adults throughout Metrowest, Greater Boston, Israel and communities around the world. 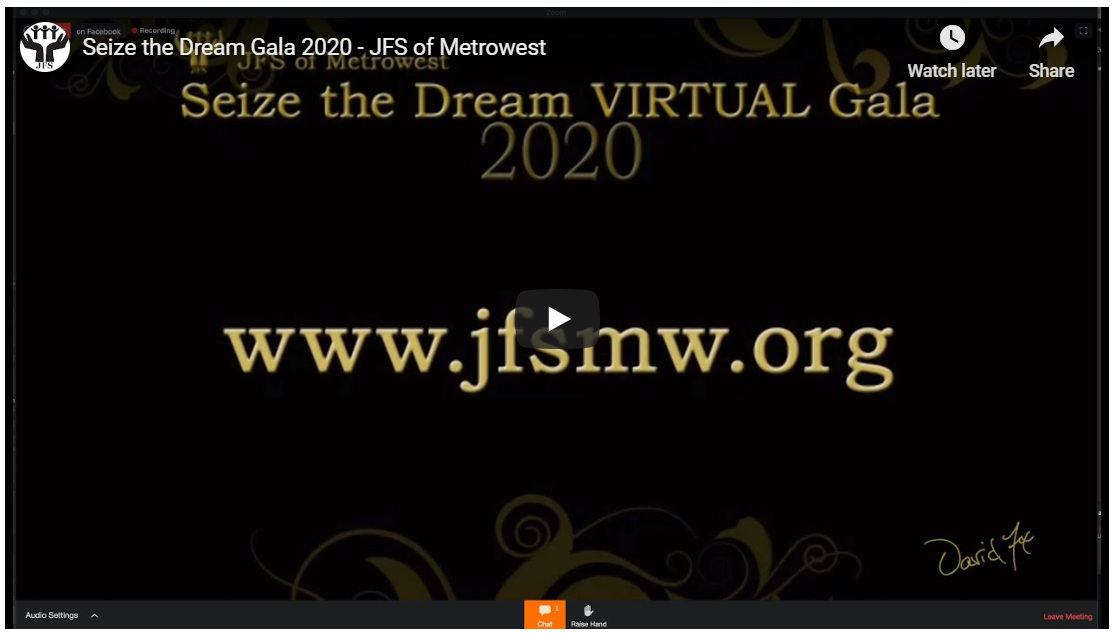 Click the image above to watch the full online event recording

Bob Fields and the team at CommCreative
Entrepreneur. Volunteer. Husband. Father. Musician. Artist. Bob Fields has led a distinguished and colorful life in which he has worn many different hats. After a career in marketing at leading brands like Gillette and Foster Grant, Bob founded CommCreative, which has grown into one of the industry’s leading B2B marketing agencies.

Bob has distinguished himself by applying his entrepreneurial spirit-and love of the arts-to community work. He founded the Community Kiln at the Brick Stack Arts Center in Framingham, a studio where everyone is welcome to come together to experience, learn about, and celebrate ceramic arts.

Over the years, Bob has dedicated his time to serving on several boards that reflect his various interests, including the Framingham State University Foundation, The Danforth Museum of Art, WICN Public Radio, and the MetroWest Chamber of Commerce.

JFS however, remains closest to his heart. Bob has been a board member since 2010 and during that time, he has played a significant role in JFS’ mission to help strengthen the community through programs that offer support and comfort to seniors, immigrants, low income families and more.

Both as a board member and in harmony with his exceptionally talented and responsive team, Bob has embodied CommCreative’s “THINK WITH YOUR HEART” philosophy and fueled impact with strategy and expertise that accelerates JFS’ drive to advance social, health and educational equity in our community. Now retired, Bob continues to address community needs wherever he goes. He truly Thinks and Acts with his big heart every day.

Marc Jacobs
Marc Jacobs, MSW, LICSW, has been the Chief Executive Officer of JFS since 1996. His career exemplifies civic engagement, a moral compass unrelenting in addressing social and health inequities and building collaborative partnerships to have collective impact.

Marc held mid-level and senior staff and management positions in organizations serving youth and families at risk prior to joining JFS. He has led national training and curriculum projects; and is widely published in the areas of youth development, life skills education with adolescents and foster parent training. He holds Master’s Degrees from Boston University School of Social Work and from Clark University.

Marc has received significant leadership awards. In November 2018, he was named Middlesex Savings Bank Foundation’s 3rd Annual recipient of the John R. Heerwagen Award for Nonprofit Leadership. The award recognizes a strong, nonprofit leader whose work has significantly benefited the lives and wellbeing of residents within the Foundation’s community.

In 2017, William James College awarded Marc its prestigious Mental Health Humanitarian Award for his social justice leadership. Also in 2017, The Joukowsky Family Foundation awarded its Sharp Rescuer Prize to Marc and his team for their tireless work supporting Syrian refugees in a large community wide project.

2020 JFS Max Michelson Humanitarian Awardees:
Barbara and Samantha Shapiro
Barbara and Samantha Shapiro are committed to social justice. They both love children and helping others. And they are inspired when working side by side as a mother-daughter team. Their passions aligned in 2016 when they became a part of the JFS Syrian Refugee Humanitarian Project. With their family, they helped set up homes, shopped for baby gear, collected donations of clothes and winter gear and developed relationships with newcomer Syrian families. Barbara had the privilege to be at the airport to welcome most of the eight Syrian refugee families resettled by the program.

“They embraced the family as an extension of their own. They provided the kids with memories and experiences they will never forget – like going to the beach, seeing the Big Apple Circus, and going trick-or-treating – and they celebrated every important milestone with the family since they arrived – including Hayat’s birth! Rekanz thinks of Barbara as a second mom.”
—Lucia Panichella, JFS Senior Director, Programs and Partnerships

Barbara serves on the boards of Horizons for Homeless Children, Beaver Country Day School and formerly JFS of Metrowest and The Rashi School. Barbara plays a number of volunteer roles in the community and has been a classroom volunteer at Horizons for Homeless Children for over 11 years. In addition to remaining actively involved with some of the families welcomed by the JFS Syrian Refugee Humanitarian Project, Barbara is a trustee and involved in efforts led by her family’s foundation, The Shapiro Foundation, which is focused on global refugee causes and improving the lives of the world’s most vulnerable populations.

Samantha Shapiro is 18 years old and a senior at Beaver Country Day School. From a young age, Samantha has been exposed to social justice and has sought opportunities to make a difference. She volunteers at Family Table, packing and delivering groceries to those in need. In grade school, she collected school supplies to deliver to Yemin Orde Youth Village in Haifa, Israel. She visited refugee camps with her family in Lesbos, Greece. She is a summer camp counselor and babysits every chance she gets. Samantha also spends as much time as she can visiting Syrian families and their children and recently completed a short documentary about the journey of one Syrian refugee family.

Watch a recording of the full online meeting!

Watch a recording of the full online event!

Facing a Devastating Medical Diagnosis, a Young Family Turns to JFS of Metrowest and CJP for Help

Volunteers have Meaningful Impact at JFS of Metrowest

Immigrants Matter: JFS of Metrowest Responds to Josie and Her Family

END_OF_DOCUMENT_TOKEN_TO_BE_REPLACED

From CEO Lino Covarrubias, learn how JFS is responding to the needs of our community during the COVID-19 health crisis – with food deliveries, distributions of masks to those most vulnerable, family assistance and more!

END_OF_DOCUMENT_TOKEN_TO_BE_REPLACED

Watch a recording of the full online event!