In December, Gov. Charlie Baker signed legislation to mandate lessons on the Holocaust and other mass atrocities. The bill, passed by a 157-2 House vote, comes as incidences of hate and antisemitism are increasing across the country, including several incidents reported in Massachusetts over the past year (WBUR). Legislators received a big push from the Jewish community, as the collective knowledge of the Holocaust and other genocides declines.

We sat down with Robin Welch, a former JFS Board member and current Co-Chair of the JFS Committee on Anti-Racism and Fighting Antisemitism, to discuss this bill. In this interview, Welch acknowledges the importance of genocide and anti-hate education in schools and warns us not to sit idly back after the passing of legislation. He emphasizes the importance of taking action, embracing diversity, and supporting ALL communities and voices, not just those with which one identifies. This interview comes as we recognize Black History Month, welcome new Afghan evacuee families, and continue to engage in difficult conversations that move our community towards welcoming and embracing all people. 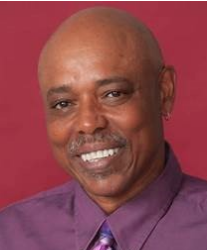 In addition to being a board member at JFS for many years, Welch was an honoree at JFS’s Seize the Dream Gala in 2014. Welch’s perspective as a Black educator and community leader is an integral part of JFS’s effort to develop long term strategies to address hate, discrimination and bigotry in our community in order to accelerate social equity and inclusion in our neighborhoods and across organizations.

Given your perspective as an educator and a community member, can you speak to the importance of genocide education and discussing hate in schools?

The bill lacks significant funding for developing and implementing curriculum in schools. What concerns does this raise?

Currently, there’s little depth in genocide and hate education in many school systems. How can these complex topics be taught effectively?

What obstacles are schools and educators likely to face when teaching this material? What steps can be taken to overcome those challenges?

Click here to learn more about Robin Welch, the JFS Committee on Anti-Racism and Fighting Antisemitism, and how you take action to address issues of hate in our community.